Yesterday I had the opportunity to attend a recognition event for Chief Stephanie Good of the Orono Police Department. 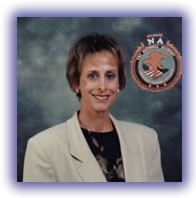 Chief Good is also leaving her position at the end of the year, however she is moving on to a position of Chief Deputy with the Hennepin County Sheriffs Office. She will be second in command in the department working with Sheriff-elect Rich Stanek. The Hennepin County Sheriffs Office is a great organization that I have enjoyed working closely with over the years. I know Stephanie will be a great asset to the organization and I wish her well.

There were two other retiring chiefs present at the event, three if you count me. Chief Joy Rikala of the Minnetonka Police Department and Chief Bob Hearns of the Golden Valley Police Department. There is a lot of movement in law enforcement leadership in the area. Change is good, but I think it it very important to the the individuals going through these big changes, that they have a plan. Clearly Stephanie has a plan, I know Joy does too, and I haven’t had a chance to talk to Bob in detail since he announced so I don’t know his plans yet, but plans are important for the soul.

We spend a lot of time training and preparing people to enter the police and other public safety professions. We know it is critical to success and liability protection to do so. However, when it comes to leaving the profession we pretty much leave it up to the individual. I don’t think that is a good way to care for our people. That is why I am so excited about the “Retirement Academy” the Eden Prairie Police Department is hosting ia a couple of months. I have the opportunity to facilitate it, but there will be several “transition professionals” brought in to do the teaching. More on that later as it gets closer.

So here I say good luck and thanks to all who have served and and are moving on. I know each will continue to serve, just in new capacities, it is part of their spirit, it is in their soul.